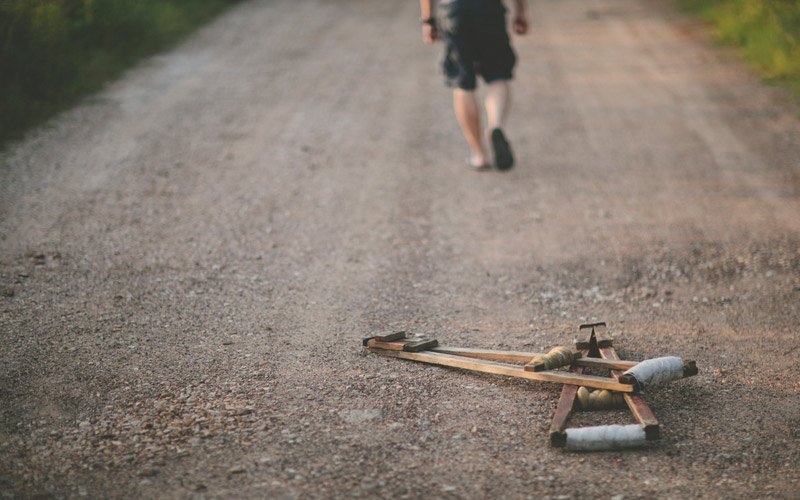 Over the past year or so, my work with men has expanded into a new arena. It’s a place we all struggle with at different points in our lives. And it’s a place I have seen God do wonders. What is this arena? The healing of our bodies. As a spiritual director, I have the privilege of watching God heal a man’s soul and spirit. So physical healing is just an extension of this. Amazingly, I used to be skeptical of faith healers. But now I say, “Let the healing begin!” Here are four reasons why I believe in physical healing.

Reason #1: Jesus viewed disease as something to be healed.

When Jesus confronted disease, his only posture was to heal it. He never taught the sickness was a way that God uses to sanctify us. He saw it as evil, part of the curse, and an enemy of His kingdom. While he did teach that persecution and trials are to be endured, sickness was to be fought against and healed. In so many words, Jesus was saying, “Let the healing begin!”

Reason #2: Jesus trained His disciples to do the same thing.

From the beginning, Jesus trained His disciples to do what He was doing. They were to announce the Kingdom and heal the sick (Matt 10:5-8). Whether it was the initial 12 or the larger group of 70 sent out in Luke, the same instructions were given. Then after the resurrection, He told the disciples to teach new disciples everything that He had commanded them, which included healing the sick. It was always meant to work this way: The message of the Kingdom would be followed by demonstrating the power of the Kingdom through healing the sick.

Reason #3: Church history is jammed full with stories of healing.

Although there is ebb and flow in church history with the ministry of healing, it has never disappeared. One leading scholar, Craig Keener, amassed a catalogue of reputable miracles in church history, a number of them dealing with healing. The book titled Miracles is over 1200 pages! Now 2000 years later, the Kingdom is still here and growing, and so is its healing power.

Reason #4: I have seen this for myself.

Reading and listening to stories of healing are faith-building. But there is nothing like experiencing it for yourself. Last fall I prayed with a young women who had suffered from GI issues since birth as well as a host of other physical symptoms and pains. Honestly, I didn’t have great faith, and it was not an emotional experience for me. But a week later she reported that all her GI issues were resolved. She was so shocked that she had to adjust to a new paradigm of eating foods once forbidden. Many of her other symptoms and pains have disappeared or lessened. When I talked to hear a couple of months later, she reported that the healing has continued!

Of course, the practice of healing raises all sorts of questions, the obvious one being, “What if I pray for someone and nothing happens?” Here is one helpful response: “How do you know that God isn’t healing them? He is always doing something. The healing could be quick, or it could be slow. It could come by  other means. It could be tied to emotional or spiritual issues that need healing first. We are complex, multi-dimensional beings. Let’s not reduce healing to something just one and done.”

If you are interested in learning more about healing, check out Authority to Heal by Ken Blue or watch the documentary Christ In You. Let your faith grow. Let your heart expand. You can be a part of loving others and demonstrating the Kingdom by praying for their healing. Let the healing begin!

2 thoughts on “Let The Healing Begin!”