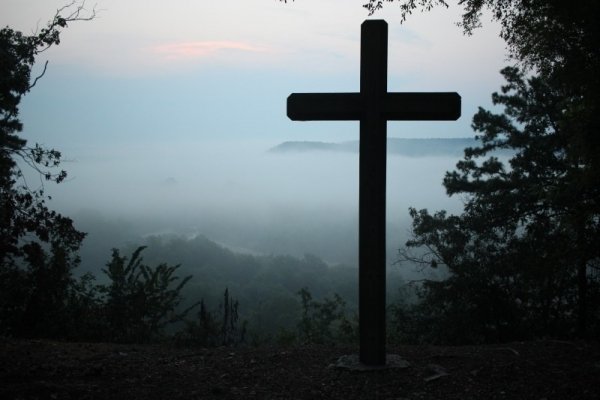 This is the third is a series of posts on how Christ’s presence is the game changer in a man’s life. I want to focus this post on a topic of male initiation. As someone who felt uninitiated for years, I can attest to how much help I have received from older, wiser men. But one thing is often missing: how faith in Christ intersects with our initiation as men. So I want to propose five reasons why I think Christ is the great initiator of men.

Jesus handpicked 12 men with no special pedigree, education, or talent to be with him during his earthly ministry. They eventually became heralds of His kingdom and changed the course of history. It is a unique event that should make us pause. How did fearful men turn into ones whose courage shook the world? How did unsure men become martyrs? It was all Jesus. He trained and coached them for three years and then set them loose. What happened broke all boundaries of the ordinary. As recorded in the book of Acts, the story still resounds today with vigor and power.

Reason #2: Jesus As the New Man

Jesus came as Savior to rescue us from our sins. He came as Lord to rule over our hearts. But He also came as the New Man. He is the prototype of redeemed manhood, the pioneer of the new masculinity. Paul calls Him the last Adam. Where the first Adam succumbed, Jesus triumphed. But here is the stunner: men who follow Jesus will be shaped into His image, into the image of that New Man. It is an initiation like no other, more profound than any primitive ceremony or modern-day rite of passage.

No man enters manhood without a guide. Jesus promised to continue His work of guidance and training through His Holy Spirit. I used to think it would have been so much better if I were with Jesus when He was here on earth. But Jesus felt differently. He said it was better if He left so that He could send His Spirit (John 16:7). Now He can interact personally with everyone, intersecting their stories and calling them out into the story He is writing. The last 20 years have been a spectacular adventure of learning to receive the personal coaching of Jesus. He knows my dreams, my griefs, my gifts, my weaknesses, and can coach me like no other.

A man becomes a man when he receives his true identity and accepts a quest. Initiation in the great stories always involves both. But Jesus does the same thing when He calls a man. Uninitiated, a man ties his identity to the opinions of others and confuses his quest with career accomplishments. But only Jesus knows who he is and what he is to do. The classic example is the disciple Simon. Jesus gave him a new identity, signified by the new name of Peter (Matt. 16:18), and then put him on a mission — to shepherd His people (John 21:15-17). But Jesus works the same today. Trust me, when you get close enough to Him, he will reveal your true identity and ask you to take up a quest for His Kingdom.

Reason #5: My Experience with Men

All that I have said has been the growing experience of men with whom I am privileged to work. Here is one story. One man came to me for spiritual direction feeling alone and separated from God’s love. In silent prayer together, an image came to him of sitting at the bottom of a dark well, a fitting image for his sense of isolation. But for the first time he noticed a rope that had been there all along. As he climbed out of the well using the rope, the light of day blinded him, and all he could do was sit at the opening of the well. Over time, he became accustomed to the light and noticed Jesus inviting him to come and walk with him. He couldn’t even do that yet, so Jesus sat down beside him. Unexpectedly, he simply put his head on Jesus’ shoulder. As he explained to me later, something that had been forever tight in his chest released. He realized he was learning to trust. It was the beginning of him learning to trust Jesus as His guide. Over time, this man has experienced Jesus leading him to the Father’s love. It has been the game changer for him.

Christ is truly the great initiator of men. He will meet you where you are and draw you forward as a man. His promise is our sure hope.