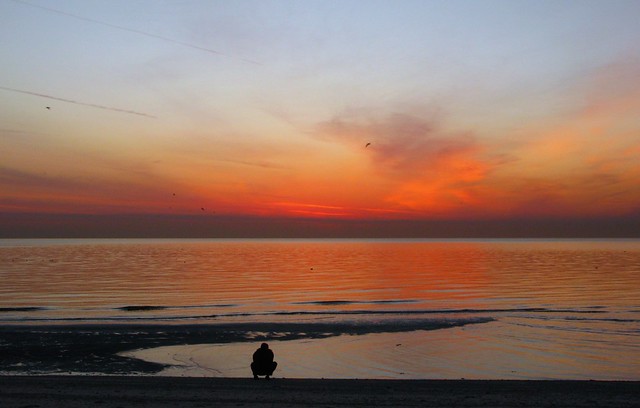 This is the second in a series on God’s presence.

The topic of masculinity has become a hot-button, cultural discussion. Differing definitions of manhood abound, as well as programs for how to become a man. But in all of these conversations, one thing is rarely, if ever mentioned. It is God’s presence that most surely shapes us into men.

Although this is a counter-cultural answer (and a counter-intuitive one as well), I want to offer three factors that make it plausible.

The inner lives of most men ricochet between two time zones: the past and the future. The past haunts a man with regret over poor decisions, guilt over previous sins, shame over painful exposure, or anger over undeserved injustice. Something happens during the day that triggers these unresolved areas, and he is sucked back into them, flailing in the emotional tidal wave that washes over him. But the future time zone also pulls at a man. He is forever planning and wondering, dreaming and scheming, seeking to control the outcome of his life, yet mired in anxiety about possible undesirable outcomes. The one place a man seems unable to live is the present moment. The ricochet effect is continually bouncing him between the past and the future. His sense of being becomes thinned and stretched to the breaking point.

But a man can only experience God’s presence in the present. The very act of connecting to God solidifies a man’s sense of being in the present moment. He is not spun out over time warps. He becomes a man — present to himself and others, as he lives in God’s presence.

Every man is born searching for a father who is strong and compassionate, wise and loving. Without being told, he senses that a father is his primary conduit into manhood. But what a man often experiences from his earthly father is profound disappointment. The silence or violence of that father defaces his soul and obscures the path into manhood. Even men with good fathers can only be led so far by them. At some point, the son realizes that his father was an echo of something greater, Someone higher.

When Jesus came, He not only brought the revelation of God’s kingdom but also of the Father whose kingdom it was. His Father was both strong and compassionate, wise and loving beyond all earthly hope. When a man begins to connect to the love of this Father, he finds the father he has been searching for all of his life. He also finds his own manhood as a son of the Father.

The discontentment inside of men is epidemic. The surest thing a man knows about himself is that he is not one. Hence the enormous striving after anything that seems to offer the feeling of being a man. It could be the lure of a women or the power in wealth or the affirmation from fame. All of this grasping is for something exterior to a man. The lack within must be answered from without — or so a man assumes.

But when God begins to invade a man’s life, He desires to take up residence in his heart. That man is to become a temple in which God can dwell by the Holy Spirit. In that growing connection, a man begins to feel his solidity and strength as a man. In coming home to himself, He has come home to God as well. The discontentment he once felt begins to dissipate, replaced by a deepening tranquility.

So how is God’s presence shaping you as a man? Be assured that He is at work in your life doing this very thing: shaping you into the image of that great Man, Jesus Himself.