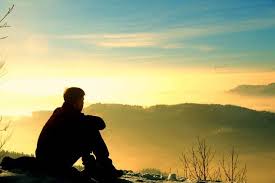 Throughout most of history, mankind has felt drawn to something beyond the physical world, something more than what could be accessed with the senses. The longing for this other world played itself out in the various myths and practices of animistic religions. The spiritual world did not need to be proven. It was assumed as a bedrock truth.

When Christianity came along, it did not deny this core truth, but simply built on it. The gospel maintained that the unseen spiritual world was indeed a reality, but in Jesus the one God behind the physical world revealed Himself in a man. The Creator entered the created world to touch our innate longing to connect to the spiritual. By the gift of the Holy Spirit, there is now a freer, fuller access to this world. And with that comes the revelation that the Creator also longs to connect to us.

In fact, He invites us.

We are invited into God’s presence — the presence of the Father, Son, and Holy Spirit. To answer this invitation changes everything for a man. But there are obstacles in the way.

The first obstacle is the secular age we live in. The reality of the spiritual world is no longer part of the conversation in the work place, the halls of government, or in many educational institutions. Further, the idea of the spiritual world and especially Christianity is assumed to be one of many other valid options. The pressure and noise of these cultural ideas can hamper a man’s ability to hear the invitation.

The second obstacle is a man’s own busyness. Every man lives with a troubling inner turbulence of doubt, fear, and shame. Somehow we make the assumption that the answer to this inner turbulence is to be found in the exterior world of accomplishment, success, and power. We become driven, facing increasing outer demands that require our time and attention. The hours of the day fill with meeting those demands. The thought of answering that invitation is pushed aside by the constant motion.

The third obstacle is a man’s divided soul. Despite hearing about the love of God in Christ, it remains more of a concept rather than a felt experience. There is a deep division between his head and heart, a fragmentation that is both painful and confusing. How is a man to answer the invitation when he is beset with such a bisected sense of being?

Though the obstacles loom large and high, we are still invited into God’s presence. He is not only issuing the invitation but also providing a way through the obstacles. He is always at work in us and around us. That is the great hope. Nothing is impossible with Him.

I’ll give my best shot at answering these questions in upcoming blogs. In the meantime, be assured that He is even today inviting you into His presence.

2 thoughts on “Invited Into God’s Presence”