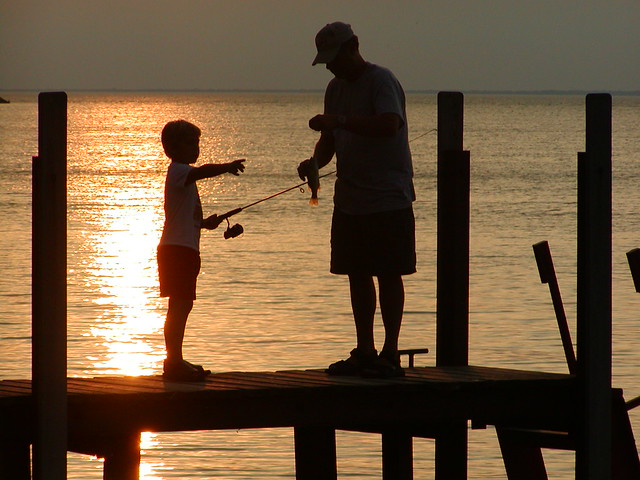 How does a man become a good father? In this last post on fatherhood, I want to answer this question with some practical pointers. But I want to begin by examining the motivation behind our desire to be good fathers.

When my two daughters were born, the predominant drive to be a good father was a negative one — I was determined not to be like my father. I didn’t want to repeat the same errors and inflict the same casualties. But that determination sent me forever scrambling to the next book or the next conversation about fathering.

My intentions were good, but so much of my soul did not know the feel of being fathered. I was trying to pass on what I had never experienced. Now that my daughters are grown, I know that God honored my intentions, but I wish that I had sought the experience of being fathered by God first (see the post “Experiencing God’s Fatherhood As A Son“). I would have been able to father out of a place of security and confidence, not anxiety or confusion.

A good father engages. He is not passive or distant from his children. In that engagement, a father non-verbally communicates to a child something so crucial: “I see you. You are important to me. You are so worth my time.” Here are several ways a father can engage:

Engagement is a father’s action, but affirmation is a father’s words. It the intentional use of those words to create a feeling of security, love, and hope in a child. That affirmation can take many forms, but here are a few of the more important ones:

A Good Father Points to God the Father

However wonderful a father’s engagement and affirmation are to his children, they are not the greatest service he can offer. It is pointing away from himself to God the Father. A good father knows that he is but a faint echo of the resounding goodness of the Father. He also knows that his children will one day leave and navigate life without his presence. They will need to learn to rely on God’s presence. So what can a father do to point to God?

One final comment: Mothers need to play their part in all of this too (I know Heidi has certainly done that). But as fathers, we are called to take the lead. The investment in time will pay off in years of healthy family relationships, marked by the presence of a father loved by his children and surrounded by the presence of the Father Himself.

PS. I am taking a much-needed break from writing in August. You will receive the next post soon after Labor Day.