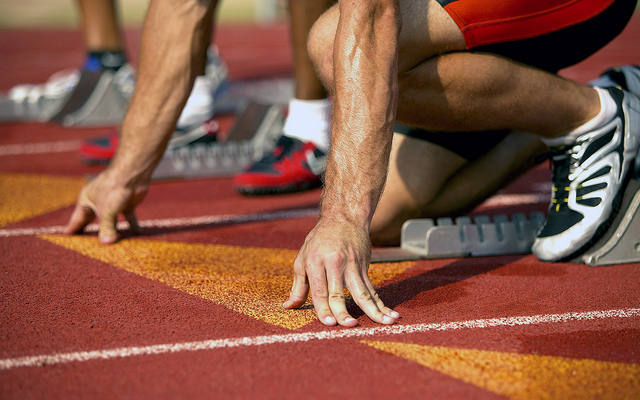 Photo by tableatny on Foter.com / CC BY

Perhaps my favorite class as a high school teacher was called Men in the Bible, a class that sought to point out the path into manhood. One of the perennial topics of discussion was what made men manly. What gave them that masculine air that young men longed to breathe in? On first inspection, the answers ended up siding on more external qualities, such as brute strength, raw athleticism, and survival skills. But as the class proceeded, there was a decided move toward more inward traits. I have seen that same movement in my own thinking over the years. So I wanted to offer four traits that seem to encompass the essence of the masculine.

1) Manly men don’t demand respect — they simply command it. The demand for respect always proceeds from a fear of rejection or a lust for power. That man is simply too bound up in his own needs. What platform he has is used to manipulate, not to inspire. But the man who has found his center in God stands as one whose self does not need authentication from others. There is a solidity that pervades his being. It is this solidity that commands respect.

2) Manly men speak the truth and live the truth, despite the cost. The man who weasels around the razor-edge of truth lives in a double reality. His public image must be maintained through repeated performance and calculated management. But his shadow self always lurks in the background, one he is afraid to face or too ashamed to own. He is a divided man, an impotent man. But the man who basks in the light of God’s truth is becoming whole. He has let the razor blade of truth cut him and heal him. There is nothing to hide and nothing to manage. The freedom from shame gives him a boldness to speak truth, even when it leads to rejection or suffering.

3) Manly men know who they are and Whose they are. A man without an identity is a contradiction in terms. He is a half-man, a wisp of a self flailing about, attaching himself to this project or that ambition. But the hope to secure an identity this way always fails. He becomes foolish if he continues this way, or evil if he becomes hardened in it. But the man with an identity has discovered that it is a gift from the Father in heaven. He created each man with a unique identity fingerprint, offered in love and only received through love. The man who feels he is a son of the Father knows who he is and is becoming who he is.

4) Manly men have a distinct sense of what they are to do with their lives. Men who live without this sense have no internal compass to guide them. They compete for power or prestige. They succumb to momentary temptations. They have no long-range point toward which they are pressing. But the man who lives on a quest has a sharpened focus, learning to say no to many things, even good ones, so that he can say yes to the mission. It is a mission given from above, by God Himself. And that mission becomes both the man’s surrender point and his fighting stance.

If these traits outline something of the essence of masculinity, then the manliest of men must be the Son of Man Himself. Wherever Jesus went, He commanded the respect and awe of others, He lived and spoke the truth whatever the cost, He knew who He was as the Father’s beloved Son, and He knew His mission to go to the cross. The fact that so few see Jesus as the manliest of men does not detract from the truth of it. It only makes it more tragic.

One thought on “Four Traits of Manly Men”