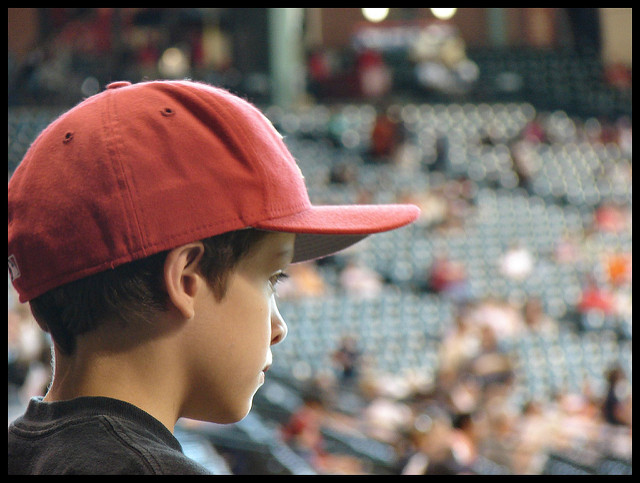 With the imminent release of Heroic on April 2, I thought I would give you another excerpt from Chapter 1. Here it is!

Whom did you look up to as a boy? Whom did you admire as a young man? Who seemed to have the strength and skill to win the day? Who seemed to always know what to do and how to do it? Who fired your imagination with hopes of beating overwhelming odds? Who was your hero?

I began asking that question to a number of men. I heard so many different stories, but all with the same underlying passion as they spoke. Some of their heroes were celebrity figures. One of my faculty colleagues responded with Mickey Mantle, the Yankee baseball star who seemed to have it all. He could run, throw, hit, and field the ball—all with amazing skill. Following in the steps of icons Babe Ruth and Joe DiMaggio, he was treated like one, appearing on cereal boxes, baseball cards, and covers of national publications. My colleague loved baseball, so Mickey Mantle became his hero to admire. Another friend of mine, Jay, told the story of being drawn to a well-known SEC collegiate quarterback when he was a boy. Overcoming major injuries that should have ended his career, this quarterback refused to give up and fought his way back onto the playing field. It was his courage and tenacity that inspired Jay to keep playing football through his own setbacks and injuries—Jay eventually becoming an SEC quarterback himself.

Other heroes chosen were ordinary men whose impact was extraordinary. A former student of mine responded by naming his grandfather. When I asked him why, he looked straight at me without blinking and immediately replied: “He seemed invincible.” Another friend, Tim, answered with the story of an older brother. Raised by parents who were distant and cold, this brother became the sole family connection for his heart. Tim played all the sports growing up, but his brother loved the outdoors instead. So they would spend hours bushwhacking through the expanse of woods bordering his house, camping out at night and talking about life. It is no surprise that Tim loves backpacking in the wilderness to this very day.

There are countless other hero stories I have heard: the rugby coach who instilled the value of hard work, the Scoutmaster who inspired so many to be Eagle Scouts, the older brother who sacrificed so much to join the army, the high school administrator who led by serving, and the teacher who inspired a student to become a novelist. I had a religion professor in college whose reputation was stellar. When I took his class, I saw why. He wasn’t an exceptional lecturer or brilliant thinker. But on most afternoons you could find him in his office rocking chair, counseling students and encouraging them. I was one of those he listened to in that rocker. In fact, I was so taken with the man that I began to imitate him in my mannerisms and speech.

We love hearing stories like these because they stir up in us our highest aspirations, as well as the memories of our own heroes. Starting as young boys, we search for heroes, hoping to find and imitate them, so as to become heroic ourselves. But what exactly are we looking for in our heroes? What is it that gives them such magnetic power?

What We Look for in Our Heroes

The most obvious trait of our early heroes is their physical strength and prowess. We are looking for the strong man. Often we choose athletes, for these men seem to possess the strength to beat the enemy and win the day. Who isn’t inspired at times by the competitors we see in collegiate sports, the Tour de France, or the Olympic Games? And which of these great athletes didn’t have someone inspiring them as a boy? Scott, another one of my friends, grew up with an older brother who possessed uncanny athletic ability. In whatever sport he took up—be it football, basketball, or lacrosse—he excelled. Along with the skill went a fighting spirit. He hated practices and just wanted to compete. When Scott entered the sixth grade, a time when school sports start to become important, he began to look up to his brother as a hero to imitate. I have heard similar stories endlessly repeated by men who found their first hero in a strong man.

But there is more than just raw strength that pulls us to our heroes. During early manhood, we begin looking for someone who understands life and can point out the true path amid the jungle of lies. We are looking for the wise man. One of my students loved Captain Kirk of Star Trek, precisely because he used his wits and intellect rather than a display of power. It was the captain’s wisdom that won the day. For me, I was mesmerized by the character of Yoda when The Empire Strikes Back appeared in theaters. I was intently searching then for someone who knew the truth and would train me in it. Yoda did just that when he helped Luke Skywalker understand the Force, training him in the ways of the Jedi.

But at some point, we are drawn to another type of hero, one who uses his strength and wisdom not for his own benefit but for others. We are looking for the noble man. Here is the quintessential hero, the one who lives for a transcendent purpose, not for his reputation. And he remains true to that purpose even when it costs him dearly. We are drawn to this warrior who fights for the good, precisely because he does it for everyone else. So many of the heroic men in story and film exhibit this prized quality. You only have to think of William Wallace, Maximus, Jean Valjean, or Aragorn to see the noble man in action. We feel a masculine energy pulsating from him, a fire in his soul that strikes something deep in ours. We want to burn as he does.

For more information about the book and to preorder a copy of Heroic, go to HeroicBook.com . A free 30-day devotional, “Trail Guide into Manhood,” also comes with your preorder! I am hopeful that the book will open a door for many men into a life that they didn’t think was possible. And with Jesus, all things are possible!