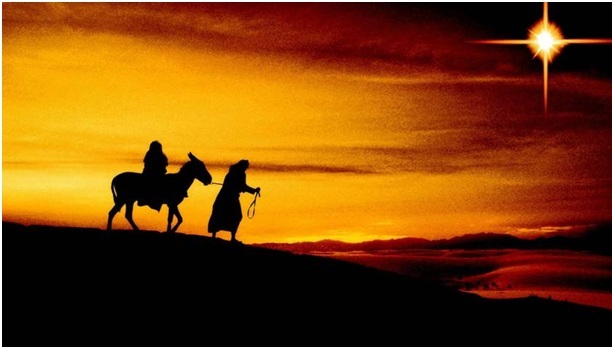 For a video version of this blog, click here.

It’s such a simple word.

But there are other times when the word yes is fraught with meaning and possibility. There is the unexpected scholarship offer from a college. There is the job offer that opens a door into a career. There is the love of your life to whom you want to commit. In these cases, saying yes changes so many things. It unlocks a turn of events never to be repeated or undone. We accept and surrender to all that we know and all that remains unknown.

But there is even a weightier yes. One freighted with unknowns, yet suffused with joy. It is saying yes to God. We see that weightier yes in an obscure couple who had little means and seemingly less to offer: Mary and Joseph.

Mary was visited by an angelic being who initially brought fear and consternation. She was then told the unimaginable. She was the chosen one to bear the long-promised King of Israel, but without knowing a man sexually. We cannot imagine the host of questions that plagued her. Nor the gaping unknowns that confused her. What we do know is that she said yes to God: “I am the Lord’s servant. May it be done to me according to your word” (Luke 1: 26-38).

And then there was Joseph. He had found out about Mary’s pregnancy. We can only imagine the conversations between them. Mary probably pleaded with Joseph to accept the story she was told. Did he believe her? Apparently not, because he planned to divorce her secretly. It was then that he was visited by another angel, this time in a dream. The angel confirmed all that Mary had said and urged him to take Mary for his wife. Again, we cannot know all the questions spinning around in Joseph’s head. What we do know is that he also said yes: “When Joseph woke up, he did as the Lord’s angel had commanded him. He married her” (Matt. 1:18-24).

Mary and Joseph offered all they had to God: They offered their yes. And nothing in this world has been the same since.

Advent season is a time of waiting. But it can also be a time of saying yes to God. In that yes is a deepening surrender of our kingdoms to God’s kingdom, of our wills to His will, and of our reputations to His reputation. In that surrender, a man finds neither defeat nor weakness. He finds focus and strength instead. His soul takes on a muscular character that radiates joy despite all the unknowns ahead. It is the joy of God. It is the very presence of Christ, the one who was born to save us.

But even more important than saying yes to God is remembering what He has done for you. He has already said yes to you: “For every one of God’s promises is ‘Yes’ in Christ” (I Cor. 1:20).

He is for you, not against you. He is with you, not absent from you. This is the Christmas message.

How do you receive all this?