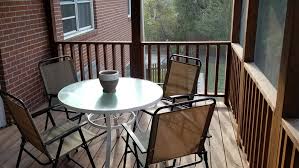 For a video version of this blog, click here.

Every Monday night they gather on my back porch — a small group of young men. After some hot tea and snacks, the conversation begins. My good friend Dave and I lead them through a time of telling stories from their lives. The topic last Monday was a familiar one for me — mentors. But what came out of it was a surprise. Suddenly I saw the hunger for mentors delineated into three different gifts, gifts that touch the deep places in a man’s soul.

One of the young men, Austin, told of feeling invisible for much of his life. But during a lacrosse season in high school, he was picked out by his coach to work on more advanced skills. The individual training was appreciated, but what made that experience memorable for Austin was something else. It was feeling seen by his coach and then affirmed. What he said next was striking. Instead of feeling invisible, he felt powerful. What was growing inside of him at that moment was a proper self-confidence and inner fortitude that every man needs. All of this from the gift of feeling seen.

Jeff told the story of a professor in college who simply listened. Whenever Jeff would stop talking, he was simply invited to continue by his professor. He found himself articulating things for the first time, putting words to the motions in his heart. He was experiencing a second gift, the gift of being heard. In that process, something else was happening to him: he was finding his own voice and learning that it was worth listening to. When a man finds his voice and speaks it, something stands up inside of him. Having the courage to voice truth is so much of what masculinity entails. Now finding his voice, It is no surprise that Jeff wants to be a writer.

Brad told the story of an important conversation with his uncle. Here he was told that handling the finances for the family farm were soon to be passed on to him. Being an accounting major, he had the skill set to do this. But in that moment, something else was happening. His uncle saw it was his time to take on this responsibility and called it out of him. He suddenly felt worthy to have the torch passed to him. In doing so, he offered Brad a third gift, the gift of being valued.

I want to note that the gifts these mentors offered were not tangible skills or life wisdom. Those are certainly valuable in and of themselves, but these gifts are deeper. They meet a hunger in a man’s soul by offering life-giving sustenance. What is this sustenance?

It is to be seen and heard and valued as a man — by another man.

This is the hunger inside of every man. It is what helps him own his masculinity and gives him the will to speak and do the truth.

One more thing struck me that night. These three gifts are exactly what Jesus offers His brothers in the faith. For truly, we are seen by Him, heard by Him, and valued by Him — by the one Man who is above all men. His eyes are always upon us. His ears are never deaf to our cries. And we are so valued by Him that we are worth dying for.

These are the three gifts He is offering to every man who desires to receive them.