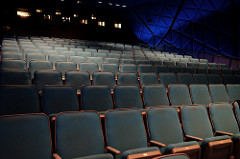 Sometimes in my classes to students or adults, we would take up the topic of famous movies. I would first have them guess the most popular movies of all time. Then I would reveal the top four based on ticket sales adjusted for inflation: #1 and the winner goes to Gone With the Wind, #2 is Avatar, #3 is Titanic, and #4 is Star Wars.

But I read something recently that made me change my whole view on this. It was written by a movie director/producer who did some research and came up with another winner, based not on ticket sales but on the estimated number of those who have watched it. What made the answer so shocking was that the movie was a box-office disaster when it came out, losing two million dollars. But it had a life of its own and over time has been seen by more people than any other movie in history. The New York Times estimated in 2004 that three billion had seen it! On top of that, It’s been translated into 1600 languages. What is the most watched movie of all time?

Campus Crusade for Christ (now Cru) picked it up after it was released and began distributing it as a way to spread the gospel. It eventually became known as the Jesus Film Project. Today I get regular updates in the mail from the project’s director, sharing unbelievable stories of opposition, demonic battle, deliverance, and conversion. It reads like something from the Book of Acts. How could such a box-office flop have achieved such mythic status? How could such an unpopular film in the world’s eyes have such compelling power with the masses?

Jesus gave the answer Himself: “And I, when I am lifted up from the earth, will draw all people to myself” (John 12:32).

It is Jesus who has the compelling power. It is Jesus who has the mythic status. The story of His life, death, and resurrection is not only unique in history. It is also the epitome of the heroic. He used His power for the good of everyone else, never for Himself. He used His gifts of teaching and healing to serve those around Him, never to exalt Himself. He used His influence to pick up the bowed down, never to jockey for status. He gave and gave and gave again.

Yet it was not just His unrelenting love that made Him heroic. It was His fearlessness. He faced off with the religious leaders and refused to cower. He spoke the hard truth even when it got Him in trouble. And when His message got Him arrested, He did not recant or back down. He knew what it would cost Him — shame, degradation, torture, and a horrifying death. And He did it all for our sake.

When men and women see such a man displayed on the screen, no more arguments are needed. No more persuasion is necessary. He is His own self-authentication. You then accept Him and find His life coursing through you, or you reject Him to your own misery and doom. This has been the case now for over 3 billion. And more are still watching it.

It makes me feel proud to be associated with Jesus. He is truly the King of kings and the Lord of lords. But He also is the Hero of heroes. His life is the greatest life ever lived. His story is the greatest story every told.

But His story goes on today. It’s the story of redemption. He invites each of us to enter His story with our own stories. That was His plan all along. That’s how we all get to share in His expansive joy and in His heroic glory. He’s still giving and giving and giving again.

So how are you joining His story today? How is His story becoming a part of yours? I would love to hear what you think.

PS. For the blog I mentioned, see James Kwon Lee’s post at https://www.quora.com/What-is-the-most-viewed-movie-of-all-time

For more information about the Jesus Film Project, go to their website at https://www.jesusfilm.org