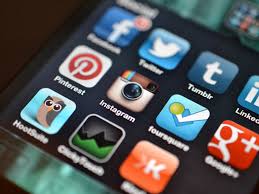 One of the cultural discussions going on these days is about the pros and the cons of social media. But whatever you or I think about it, there is definitely one thing social media can never do.

In an age of instant information and internet connection, there seems to more stumbling, confusion, and sadness than ever before. The younger generation is tied to computers and phones for both work and life but seems to have fewer significant ties to others. The older generation has wisdom and skill to offer, but society has relegated them to the outdated and old-fashioned. Social media seems to have cut the divide between the two even deeper.

But what if there was a push back against this cultural undertow? What if the younger generation sought out the older? What if the older sought out the younger? This is not just idealistic musings. I see this happening. One friend told of several young men in his business that hang around him whenever they can. They may start the conversation about the business, but what they really desire is time spent with him. I am part of a group of older pastors that seek to serve younger pastors. We gather together, both age groups, to share communion, worship, and prayer. I hear other stories besides these. Something important is happening here. It’s what social media can never do.

I once worked under a man whom I sought out as a mentor. He spoke into my life, called out what he saw in me, reminded me of truth, and modeled healthy leadership. Through the simple act of being with him during the day, I saw and felt things that have forever marked me. This is the power of mentoring.

The Apostle Paul also knew the power of mentoring. Two of his letters are addressed to a young man he mentored in the ministry, Timothy. Here we see Paul speaking into Timothy’s life, calling things out of him, reminding him of truth, and modeling healthy leadership. Timothy was never the same because of it. But Paul asked Timothy to pay it forward and do what had been done to him: “And the things you have heard me say in the presence of many witnesses entrust to reliable people who will also be qualified to teach others” (II Tim. 2:2).

Perhaps the clearest way that the life in Christ is passed on is through the simple act of mentoring. This is how we can pay it forward. You can’t get that on Facebook. You won’t find it on Twitter. It’s not available through Instagram or blogs or YouTube videos. You can only get it by asking for it or offering it, face-to-face, life-on-life. But it’s a risk. It’s a risk to ask for help and admit weakness. It’s a risk to offer help and chance being turned down. But it’s a risk so worth taking.

So I leave you with a challenge; Whom could you start mentoring? Whom could you ask to be a mentor? Start praying the question and watch what God does. Your life will never be the same.

And so will the life of someone you touch.

PS. Who was your most significant mentor? I would love to hear your story.

PSS. One of my dreams for the book Heroic coming out next spring is that it would become a resource for older men to mentor younger men.