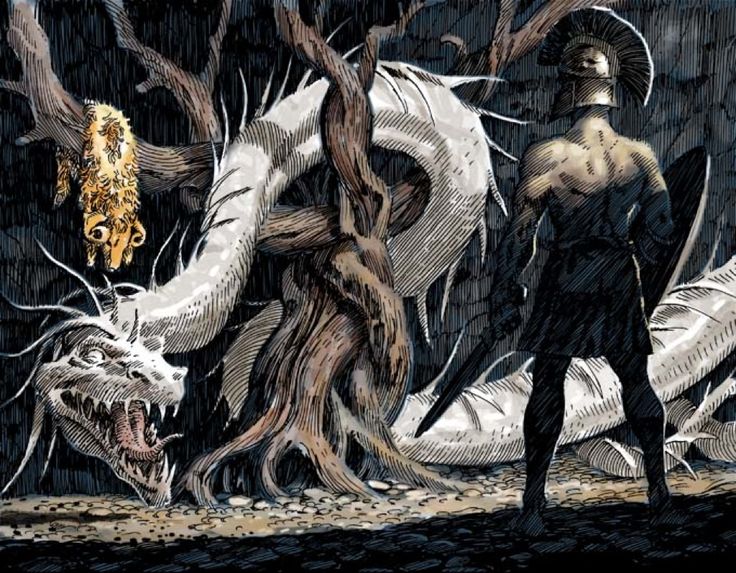 While attending a party over Christmas break, I started looking at some of the books laid out on the tables. One immediately caught my attention, simply titled The Greek Heroes. I opened to read, and for the next ten minutes, I was so absorbed in the pages that I forgot where I was. I knew I was supposed to read this book, even if it was one written for children. With permission from the owner, I borrowed it and began to read further. What seemed like innocent tales of Greek mythology awoke a sleeping lion inside. The story of Jason and the Argonauts and their journey to get the Golden Fleece touched the longing to be trained for a great work and do it with other men. The story of Theseus’s wish to do something courageous to win his father’s love pierced me with regret and hope in my own relationship with my father. The tale of Perseus and his slaying of the Gorgon spoke to the desire to do something worthy in life even if it means facing death.

Perhaps I read these stories when I studied Greek myths in the 8th grade, but many years later, they now take on an aura of something transcendent and true, something that gleams through all the errors of Greek polytheism. And that something is encapsulated in the title: The Greek Heroes. There it is—heroes. Whether we are aware of it or not, much of the story in our hearts is centered around searching for heroes and being disappointed in what we find. Even if we try to discount and suppress such a confusing desire, it still erupts when a movie catches us in tears over a heroic deed portrayed. This is exactly what happened in my reading of the Greek myths. I am still looking for a hero whom I can both worship and emulate.

But the real surprise is not what happened to me with those myths. The real surprise is discovering that the man at the center of the New Testament is the Great Hero, the Hero of all Heroes. How Jesus lived and died is heroic by every possible definition of the word—and even more so. All He did was for the sake of others: teaching them the truth, healing their diseases, and freeing them from their sin, and He kept doing this even when it cost Him His life. Jesus is the One we can truly worship as the Great Hero who will never disappoint. But there’s more. We don’t just emulate Him. Jesus calls us to follow so that He transform us into Himself. That’s the whole point of our faith. We are to become like that Great One, that Epic Hero. We are to be turned into those who also gleam with a noble heart and do heroic deeds for the sake of others. We are no longer just to read about the heroes in myths or watch them in movies as a spectator. We are to enter and become one.

Of course, saying it this way may sound amazing or inviting, but there is a fair warning given in all the stories and Scriptures. Heroes are asked to give their lives away for the sake of others. What I long to be, what you long to be, is hidden beyond reach, accessed only through the portal of self-sacrifice and death. Only love can hold us on this course. Only Jesus can guide us on such a course.

But if you ask Him, He will take you there.

That’s why He came.