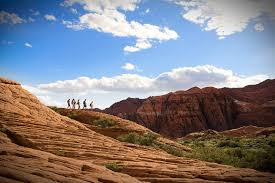 To follow Jesus is the beginning of the great adventure in life. Here are four words that help us come to grips with Him, sketching out why His story is so compelling and transforming.

Unique: There has never been another person like Jesus in history. He burst all known categories at the time, as everyone was struggling to come to terms with Him. Sympathetic followers thought of Him as a prophet, a rabbi, or perhaps the conquering Messiah that would throw out the Romans. Others thought of Him in darker terms as demonically possessed or even mentally insane. No one got who Jesus was because Jesus was writing His own story. Only after the resurrection did the scales fall off and the disciples begin to understand who He was and what He came to do—to rewrite human history, to undo the effects of the fall, and to restore all of creation back to its original intent and luster. And the more His followers understood who He was, the more they understood who they were. Somehow their identity was now tied to His.

Beautiful: The story of Jesus is compelling for another reason. It’s just so beautiful. To read about how He loved people fiercely and compassionately, how He spoke the truth even when it got Him killed, how He resisted the temptation to use His power for His own good, how He offered everything and asked for nothing for Himself, and how He gave His life in the end—all of this and more casts an aura of wonder over the whole account. It’s the same wonder we feel in all the great stories we love. Here the hero fights to overcome incredible odds in order to do something good and noble, sacrificing so much to accomplish his task. When we read stories like this, we find our hearts properly enchanted, taking us out of the mundane and awakening us to wonder. All that we love about these stories is an echo of Jesus, but His story tells us of even grander things: the love of God, the wretchedness of man, and the passion of a King who would die to set His people free. In fact, the reason we love all the heroes in our favorite stories is because they were a little like Jesus. This idea is so pervasive in literature that we even have a term for it—the Christ figure.

Heart: There is something about the way Jesus lived and the words He spoke that connects to our core longings and fears. He spoke into the heart because He knows the heart. Here are just a few examples from the gospels:

Opposite: But despite all of this, we have a problem with Jesus. There is a rigidity about Him: He will not be compromised, diluted, or marginalized. He is the stone on which many have stumbled and still do today. His story has an angularity—with jagged, sharpened edges that don’t fit into our self-absorbed lives. All of His offensiveness and all of our corresponding defensiveness is explained by the fact that His story and ours are on completely opposite trajectories. We are consumed with our reputations; Jesus was willing to forfeit His. We are about our daily agendas; Jesus was about His Father’s. We may try to do good, but are swamped with evil motives; Jesus always did the good for His Father’s glory. We are about building our own kingdoms of security, power, and control. Jesus was about building His Father’s kingdom of justice, glory, and love. To enter His story is not just shifting a few priorities or getting rid of a few bad habits. It’s not even seeking to be moral or good. It’s a total wash, a complete transformation. He is asking each of us to become something that we know not now—something that we know not how.

This is beyond us.

It’s supposed to be.

So how do we enter such a story, such a great adventure? That’s the next blog.