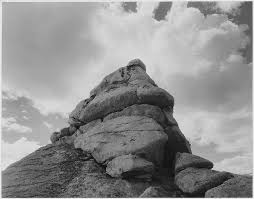 It was a tense moment. Jesus popped the question that had been gnawing at the disciples for some time: “Who do you say that I am?” Peter, the spokesman for the group, answers succinctly: “You are the Christ, the Son of the living God.” Peter understood correctly the identity of Jesus, but now he is in for a real surprise. It’s as if Jesus proceeded with something like this: Peter, you know who I really am, and that was given to you by my Father, but now I am going to tell you who you really are. Then using his name, Peter, which means rock in Greek, Jesus makes a sober pun. On the basis of Peter’ life and confession, he will become a rock, a solid foundation, on which the church is to be built. That foundation, in turn, will be so solid that despite all opposition and hostility, it will never die. Peter, the impulsive and unstable one, finds out that he is really a rock.

We are left with this remarkable insight: the more we grow in our understanding of who Jesus is, the more we will come to understand who we are. This question of identity is a crucial one, for what we think about ourselves is the pivot of our existence. Every day, in one way or another, we live out who we think we are. Yet our identity can only come from the outside, exterior to ourselves, and it comes from the voices we have listened to. What are those voices?

Sometimes it is the voice that shames us through mockery or public criticism. Other times it is the voice that offers us praise only when we perform up to certain standards. And sometimes it is the voice of silence, where we must cobble together some sense of identity in the void that is left. This latter voice was certainly strongest for me. After initial success as a sprinter for two years, some of my high school peers began to beat me. Because failure had stung me so badly in the past, I couldn’t handle it and quit track halfway through the season. In the silence, with no one to help to me interpret what had happened, the shame of being a failure became my identity. Along with that came this pernicious lie: “If I can’t be a great athlete, I’ll never be a man.” It is difficult even now to communicate the power this voice had over me. I have heard similar stories from many others, of coaches that shamed and teachers that scolded, of parents that forgot and friends that betrayed. We are all left with a fallen identity that painfully cuts and corrodes.

Yet only Jesus knows who we really are, exactly the lesson Peter learned. As we come to Him, He will begin to reveal that lost identity to us, even giving us a new name. How will He do that? It will be different for each one of us, but first we will all have to renounce the old voices we have listened to and the seek to listen to one Voice that knows us. One day while driving my truck on an errand, I quietly heard this in my heart: “Your name is Healer.” It just clicked, how so many of my life events, even seeking once to be a doctor, began to make sense to me. This is who I really am, not the failure I thought I was.

Who am I? It’s a question that must be turned into prayer: Who do you say I am, Jesus? Ask Him and listen. Then keep asking until an answer comes.

For only Jesus knows who you really are.