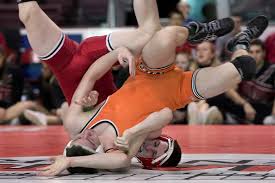 It’s Monday morning 6 AM. Time for one of my men’s story groups. Some mornings I wonder why I started this one so early. This morning was not one of them.

After some initial banter and coffee consumption, we jumped in to tell stories of battles we are currently facing. They went all over the map, from job to marriage to family to ministry to the devil himself. But the underlying struggles themselves sounded all too familiar, as well as the anger. We all admitted that we want life easy, yet everywhere around us there are battles, many of which we are not sure we can fight, much less win. The sense of pressure, insecurity, and injustice comes out as anger, anger toward ourselves, others, and God. Underneath the anger is something quite different: a ache for a life we don’t have at present.

As the conversation continued, I was surprised and then stunned at the emotional presence of these men. They didn’t just talk about their anger. They were angry. They didn’t just talk about their fear and shame. They felt fearful and ashamed in expressing their hearts. We didn’t end with resolution or a Bible answer. But we ended with something much better.

I walked out of our time feeling more alive than I have in awhile. We had engaged with each other, wrestling through our conflicted hearts. As I reflected on this, I realized that much of my life has been one of disengagement. I kept my heart at bay from others, hiding it under layers of performance and shame. Sadly, as I did that, I often disengaged from God. He became a theological concept, a doctrine in word, not a living presence who desires engagement with our hearts.

Adam disconnected from God and hid. God called out, “Where are you?” He wasn’t looking for information; He was looking for engagement. God took one of the patriarchs and had an all-night wrestling match with him. The forced engagement forever changed Jacob’s life; it also changed his name.  He was now Israel, which means “one who wrestles with God” (see Gen. 32:22-32). Do we even begin to grasp the engagement God passionately desires?

And then it struck me.

All of the battles I am fighting now, all the battles these men are fighting, could be calls from God to engage, to engage Him fiercely with our anger and earnestly with our fear. For how can we love Him if we don’t engage Him? How can we feel His love if we don’t wrestle with Him? It’s a wrestling match that will leave us, like Jacob, marked forever, limping in praise and wounded in love.

How may God be trying to engage you?