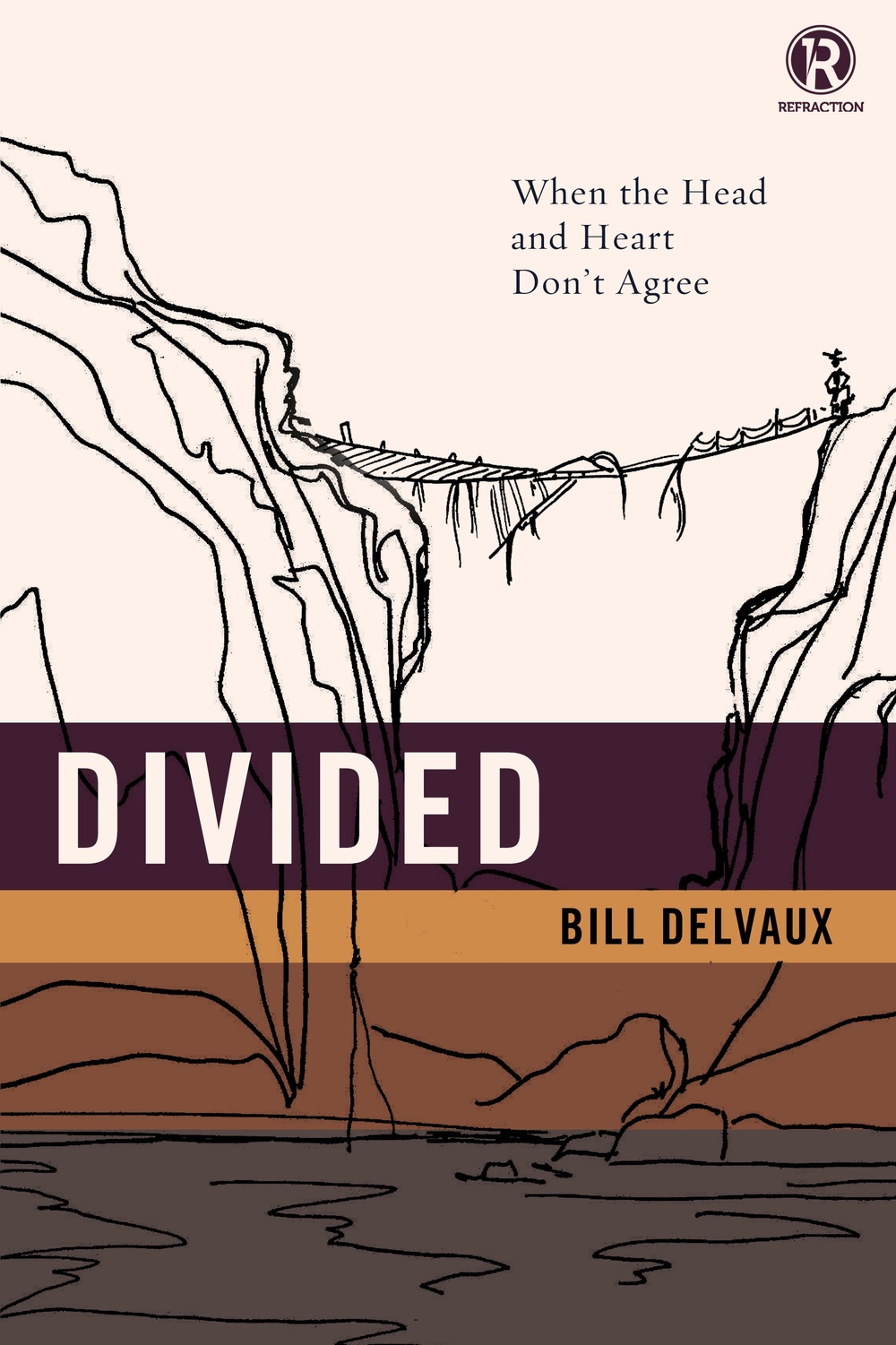 With the launch of Divided in March, I thought I would do a blog this month and one in February with brief excerpts from the book. Here is one of my favorite stories that shows so clearly the divide between our head and heart:

Once while teaching a class, I told several stories that outlined how my heart and head got split by silent, compulsive vows. After my time of storytelling, I asked the class to put words to some of their own voiceless beliefs and commitments.

One man finally spoke up, and it was the last thing I expected to hear: “If I speak up, I’ll look like an idiot.” Ironically, he was admitting the fear and hesitation that everyone was wrestling with. His bold move opened the way for others to follow. A woman then raised her hand and admitted, “If I’m good, nothing bad will happen.” Another one offered this: “No one really cares what I say anyway.” Another woman submitted this response: “If I stay disconnected, then I won’t have to deal with people who hurt me.” A man then recounted a recent attempt to repair something that his wife needed fixing in the house. As he admitted his shame over the failure to get the job done, he spoke this one: “I’m not man enough to figure this out.” One woman, who seemed so thoughtful with her children, caught me off guard when she stated, “I’m responsible for all the pain and failure in my children.” Many others then began to pour out their own hidden convictions: “If God really loved me, this wouldn’t be happening to me.” “If I were successful, this wouldn’t be happening to me.” “Why try? Nothing will change anyway.” “Whatever happens, it’s always my fault.”

As each statement came, I wrote out the growing list for everyone to see. Then, when the hands had all been called on, I stepped back, and we all looked at the list. It was a moment of quiet wonder, approaching something almost holy, as we saw our secret convictions out on public display. Something important was happening, something groundbreaking. I could sense it.

I then put up a second list, this one consisting of basic truths from the New Testament. I formatted them like the previous list, using the first-person pronoun I: “I can never be separated from God’s love. I will never be forsaken or abandoned by God. I cannot be condemned in Christ. I have the righteousness of Jesus. I have every spiritual blessing in Christ. I am a delight to my Father in heaven. I am forgiven and washed clean.” Then I simply asked the class, “What do these two lists have to do with each other?”

I will never forget the first answer given. It was one word: “Nothing.”

It’s important to note that my class that day consisted of believers well tutored in the Bible. Most of them had attended church for years, having heard hundreds of sermons and countless Bible lessons. Some were even church leaders and could give good answers to theological questions. After some initial discussion, one brave man finally admitted his growing disgust: “This is pathetic. Is this the best we can do after all the teaching and preaching we’ve received?”

I had hit something raw and jarring. I had hit a divide inside of everyone else.

That’s all for this week! I’ll return to my regular blog next week.